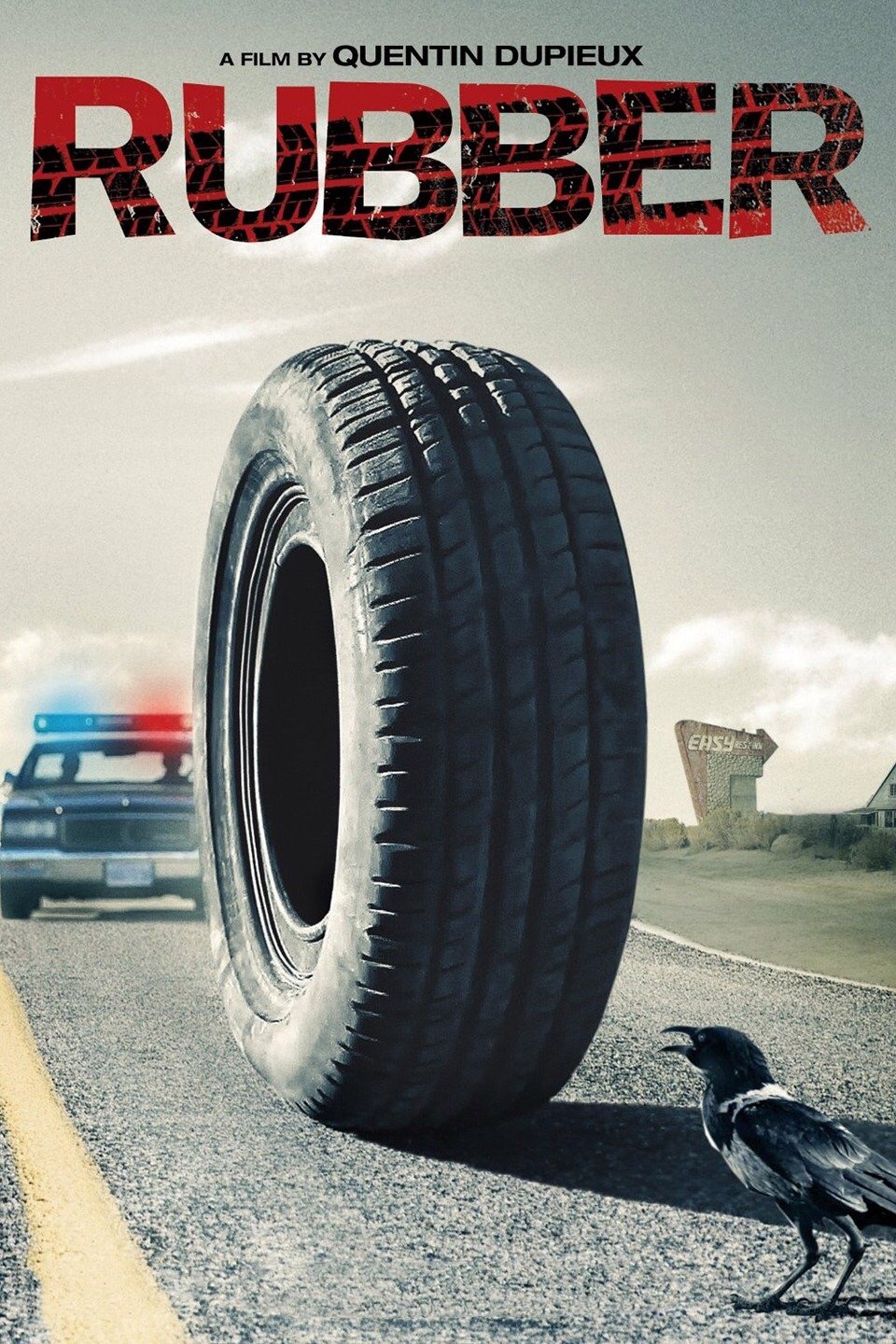 It’s a movie about a tire. A tire that ‘comes to life’ while discarded in the desert. So it’s a living tire with an incredible level of awareness. Also, I’d like to describe this sentient tire as psionic, except tires don’t have brains, but let’s go with that anyway. It’s a movie about a sentient, psionic tire. And it’s also homicidal. If we can call a tire, homicidal. It kills anything, animals and people, and for any reason. From curiosity (…there was a moment it ‘exploded’ a bird) to anger (exploded a maid’s head, in a motel room after being caught showering and ejected from the room)

Also, it kills everything psionically. It never kills anything physically, just ‘psychically’. And I forgot to mention, the tire’s name is Robert. But the tire’s plot isn’t the only strange thing. There was a crowd of people on a hill, a distance away, watching all of this. They were bussed in, prepared to stay for a little while and just watching the show. Many with snacks and binoculars. If I remember correctly, they’re told they’re watching a movie being filmed. After a couple days of watching the ‘movie’, the group complains that they’re starving and they are fed a poisoned, roast turkey.

After a while, most of them die and the ones still alive are told that since the rest of the audience is dead, the movie can be over. It is decided that they’ll try to poison the last man alive, who’s in a wheelchair and the man tasked with that job, eats the poisoned food himself and dies.

Meanwhile, the hotel manager is killed by Robert (the tire) for mistreating it. And days later lots of bodies have piled up and people are burning tires. The sheriff, Chad, is searching for Robert, who is found in a house, with dead occupants, watching tv. The sheriff plans a weird trap involving dynamite and a mannequin, meant to trick and kill the tire but it doesn’t work. So, in frustration and humiliation, the sheriff shoots Robert (the tire) off screen and he reincarnates as a trike. The man in the wheelchair, still alive, makes fun of the sheriff for his lame trap and then tries to convince him the movie isn’t over because Robert is now a trike. Then wheelchair guy, tries to explain to Robert (the trike) that he can’t be killed because he’s an audience member. To which, Robert responds by exploding his head.

Afterward, Robert (the trike) rolls down the road toward Hollywood (I believe), recruiting tires along the way.

Thanks so much for visiting! For more connect with us on Quora, Pinterestand Instagramfor clips. And visit our Shopfor horror wear for that horror fan in your life.