I remember at the end of Poltergeist, the dog was with them when they went to the motel. Then Nanook survived in Lost Boys, Dawn of the Dead had a dog that the group adopted in the mall who they named Chips, who survived until it ran onto that little island just before the movie ended. Then there was Barney in Gremlins who managed to survive.

In the Hills Have Eyes remake, there’s a German Shepherd or Malinois named Beast who made it. For serial killer movies, Precious survived in Silence of the Lambs. And in Jason Takes Manhattan, I believe there was a little guy named Toby who I do believe survives. 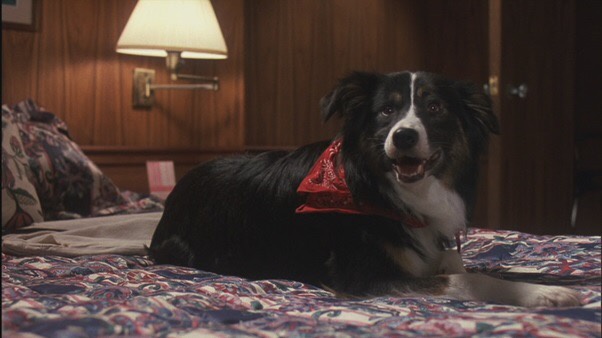 And I just thought of Chopper from Stand By Me!

Friday the 13th part 2 had Muffin, who I thought was mauled but ended up coming back at the end of the movie. And in 1983 is a movie called Angst where the family dog survived.

Nightmare on Elm St. 4 introduced us to Jason who showed up in dreams and waking up covered in blood.

If I think of other dogs, I’ll update.