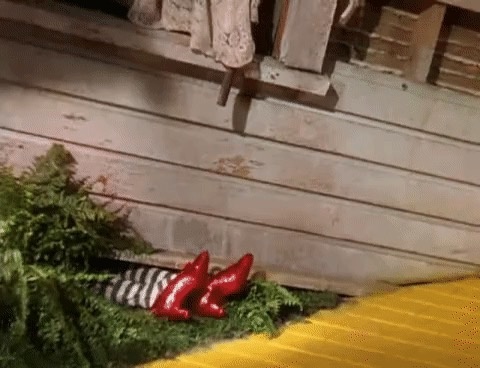 First off, Dorothy lands on a person, Wicked Witch of the East, with her house, though it’s through no fault of her own and upon realizing it, steals the dead woman’s shoes with the coaxing of Glinda ‘The Good Witch” from the North. Who I argue is no good witch but a passive aggressive, underhanded person (sh*t stirrer, assassin, politician…any of those will do). 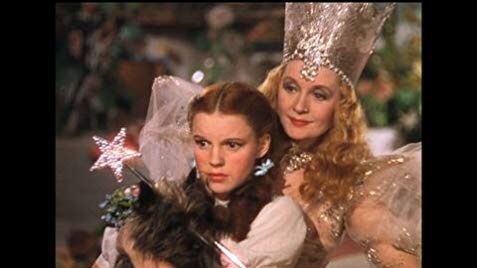 Let me explain, this entire time, Glinda knew Dorothy could just click her heels and go home but instead of saying so, implores her to take those ruby slippers, knowing they belonged to and would be wanted by The Wicked Witch of the West, who was East’s sister.

She knew Dorothy would be hunted by Wicked Witch of the West over those shoes, she’s no good Witch, she wants something in return for telling this girl how to get home. So instead she tells her to follow the yellow brick road to this man’s house in Emerald City and ask him to send her home. 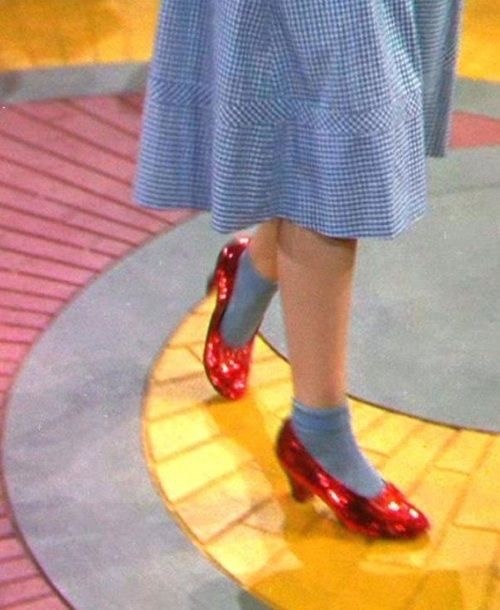 So Dorothy is young but she’s not too young to know the difference between right and wrong, she should know not to take what’s not hers. Listening to some stranger telling her to go to some strange man’s house. Then she goes wandering along the country side picking up strange stragglers, the Tin Man (Woodsman), The Cowardly Lion and the Scarecrow. 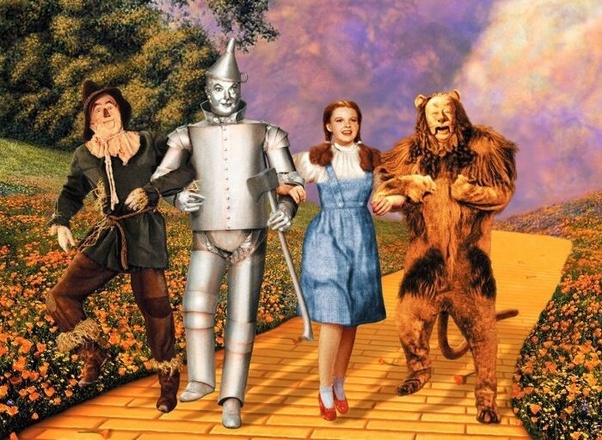 Oh but they want stuff too! So the four of them are going to go traipsing up to this stranger’s house and start making requests. (Is he Santa? A genie??) And these are crazy requests! One wants a heart, one wants a brain and one wants courage. They’re like Trick or Treaters and they want organs instead of candy! Also, why haven’t these locals gone to see him before if it’s a thing??

Can you imagine going up to a stranger’s house with other stranger’s and making weird requests of the home owner?! (Only on Halloween!)

Oh and I forgot about Toto! Oh yeah, he’s cute but that dude bites! At the beginning of the movie he escapes from being taken to be euthanized because he bit someone.

So this strange girl, not of this place is taking a dog that bites with an animated mechanical man, an animated scarecrow and a Lion/Man hybrid to someone’s house. Can you imagine being that guy when you open the door and seeing this group?!

Then they do get to the Emerald City and then what can only be an attempt to shoo these trespassers away or he’s in cahoots with Glinda, he tells them, he’ll help but only if they bring him the Wicked Witch’s broom…

Which means, someone is going to have to die. Either them or the Witch.

The Witch does end up being killed by water. But she isn’t wrong!!! Dorothy has her rightful property, those shoes don’t belong to her! And she ends up dying trying to retrieve what’s rightfully hers.

So Glinda got her wish, West is dead. 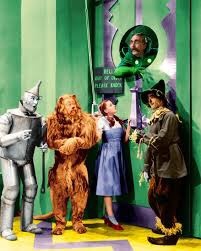 So they return to The Emerald City and Wizard wants nothing to do with them and keeps putting them off. Then Toto outs him. He’s a fraud! He’s like a Ponzi schemer when people show up for their money. He can’t get the Scarecrow a brain, he gives him a diploma. No heart for the Tin Man, he gives him a heart shaped watch. The Cowardly Lion gets a metal.

And not only is the Wizard not a Wizard but an out of work carnival worker, who just took the job of Wizard. He also happens to be from Kansas, like Dorothy, and offers her a ride in his hot air balloon. And then they managed to botch that when Toto goes after a cat. 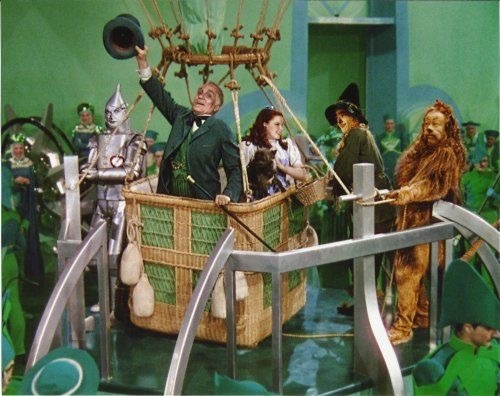 Also, why is the wizard leaving? Was he hired by Glinda for this sordid conspiracy?! And now that the job’s done, he’s going home, regardless?! 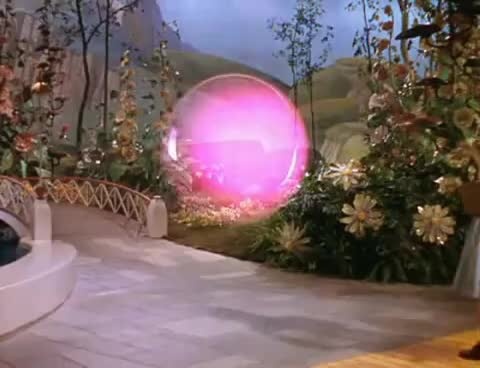 So here comes Glinda again, just happens to be there at just the right time. Finally informs Dorothy that if she clicks her heels together, then they’ll send her home. 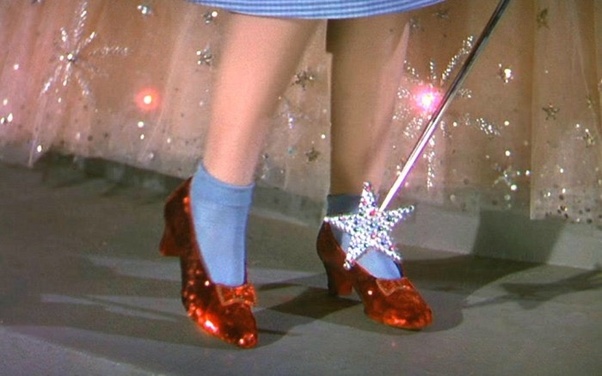 Yeah everyone is singing that the wicked witch is dead at the end but is she? Are we sure Glinda isn’t wicked because that lady is kind of a shyster?!

I don’t know, The Wizard of Oz seemed kind of suspect, even when I watched it as a little kid.

Even so, before anyone get’s all upset because this is their favorite movie, I like this movie and the Wiz! I was a weird kid. Just saying…

I sent my sister this article, that I also used as an answer on Quora... You wanna watch it now don’t you?! Go for it, click here. Enjoy! And that shirt she’s wearing, cute right! She bought that from this site and you can too! Click here to get you one!